In the past, I have been clueless about my money. Being clueless about my money makes me feel stupid. I haven’t given money the attention it deserves in my life. For a long time, I was afraid of money, and so I didn’t want anything to do with it. At other times I expected money in replacement of love or being emotionally available as I had learned from my family that when you can’t be there in the moment, you give money instead.

At one point I was bitter with money because a lack of money was proof that I wasn’t loved, that I wasn’t worthy. I’ve had a contentious relationship with money, equating how much I had or received to how loved I was, I used it as a direct valuation of my worth as a person.

I didn’t want to be confronted with my own low value every time I saw my bank account or thought about how much money I had, so I ignored it. Even though I didn’t consciously see it as such at the time, my lack of money was a visual representation, a manifestation, of my own inability to love myself. Just thinking about money made me angry and annoyed.

Right now, I’m working to heal my relationship with money, with myself. I’m not perfect, and I fail often, allowing the negative self-talk to take over. Every time I think about my bank account or sign in it, I get that instant sinking feeling that there isn’t anything there, that the container is empty of money, of love, of abundance. Now I try to catch it before it pulls me down into despair and say, “I’m grateful for this money because with it I have been able to pay for… or buy…”.

But it’s still challenging to feel positive around money, feel like it can easily flow into and out of my life. Because I think it’s as important to get comfortable with it going out as it is with it coming in. I have a history at balking at large price tags, I learned that in childhood.

Like when the cat had to go to the vet and they called that the total bill for the surgery would be 700€ my first reaction was instant panic. It flooded my whole body and I barely heard the rest of what she said. My brain fixated on the fact that it was a huge bill and money I didn’t instantly have at hand and there was no room for anything else in my head. But I was a aware of it!

So, I gritted my teeth and pushed myself to pay attention to what the vet said and even thanked her before hanging up. Then I paced the room a few times trying to figure out what I was going to do. When I took a deep breath I realised that this panic wasn’t mine, it was something I’d learned as a kid. That whenever there was a big bill the thing to do was to freak out, complain about how big it was, and fret over where the money to pay it was gonna come from.

Yet, throughout my childhood, we never went hungry or without a home. We had a car and I had an expensive hobby. We didn’t have a fancy home like my friends, and we couldn’t afford the winter vacations to go skiing in Switzerland or the summer holidays to Spain. But we never failed to pay for things. We did things we wanted. And all I can remember is that pervasive thought of “there isn’t enough money“.

And without realising, I grew up to be one of those people who hated when someone said they never had any money for anything when they had nice cars and several vacations a year, multiple hobbies and could afford nice things. But that was because I saw them as loved and cherished, and myself as a pauper.

And maybe that further contributed to my inability to handle big money. Because I always saw big money as an expense, a hole I couldn’t afford to dig myself into since I wouldn’t have a way out. And so big expenses were always a risk and we all know how loss aversion kicks in at that point. Big expenses were something that I was never gonna be able to have, not just because I didn’t have the money to pay for them, but because I couldn’t process the big expenses as they were.

And I extended it to my relationships – by the time I met my future husband I told him not to fall in love with me because I couldn’t be loved. He did anyway and eventually convinced me otherwise – but now just thinking of having said that – “I can’t be loved” – feels so absurd. I mean who says that?! Clearly, someone who has been deeply hurt and will struggle for years to come to find love and compassion for herself, that’s who.

If you want to do the deep inner work too, increase your earning potential and break through your income plateau, sign up for The Money Mindset Workshop today.

It’s a 25-day program with real talk about money and daily exercises and journaling prompts that will help you completely transform how you think and feel about money.

This workshop is for you if you’re interested in doing the deep inner work that’s required for you to be able to fully step into your economic power and create a life for yourself that’s in alignment with your personal values. 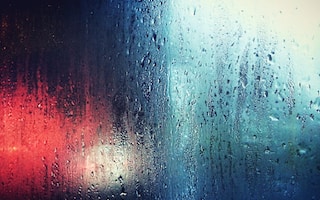 Day 2: Money Mindset Workshop – What does money mean to me? 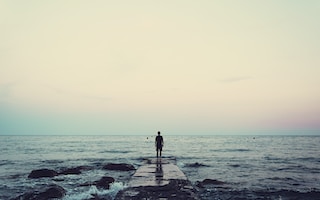 All men must die, but we are not men