Skip to Content
Home / This empath's journal / Do you realise that it’s been about a year of lockdown and unprecedented times now?

Around this time last year, the pandemic was picking up speed and governments all around the world were waking up to the reality of the effects of the pandemic on society.

Around this time last year, I was stressed and deep in sorrow.

Because I knew Oscar’s days were soon gonna be numbered.

And today I’m sitting here with Tigger, who’s alone and feeling a little aimless because Littan is at the vet getting her teeth taken care of.

These two floofsters have been with us for four months now. And they’ve made great progress in that time, especially Tigger who was afraid of everything and everyone and spent his first weeks hiding in a hole or behind his feline security blanket.

And I knew that they’d been poorly taken care of before they came.

I just maybe hadn’t admitted or realised just how bad it really was.

But as this process has unfolded I’ve learned that we only have estimates of when they were born – not even months, just years – and Tigger is even originally from a breeder (or so the story goes, who knows what’s true at this point). Getting them on a raw diet is the best thing I could have done and they’ve started thriving since getting better quality food.

They’re both still losing weight — Tigger only has a thin layer of fat left that he needs to work off, Littan’s obesity was always so much more serious that it’s gonna take a good while longer for her to shake it off.

Some days I look at how small she is and it hits me how big she was allowed to get.

Yes, allowed. Because her size was someone’s choice.

The left photo is from last November and her big, flabby primordial pouch hung down and rested on the ground whenever she sat. As a result, she’s stiff in the lower back as she’s had to adjust her hind legs to literally walk around that hanging pouch.

The photo on the right is about a week ago and now when she sits, there’s space between her pouch, her paws and the ground – she can close her legs when she sits. She’s gotten more agile and has started jumping up on furniture a lot more.

She’s still stiff in the lower back, possibly something that will never get remedied at this point, but she’s getting sprier every week despite her advanced age. Her neck and shoulders have also become visible now, rather than just being one long tube.

As I said, there’s still work to be done but it’s a huge improvement.

Today, she’s finally getting her rotten mouth seen to. I wanted to wait a few months to give them time to adjust to the changes so that they’ll have a familiar, safe home to return to after being at the vet.

Last week she had a day when she refused food and I knew it was getting serious.

She let me take one peek at her teeth and her gums were red with infection (which you can easily smell on both cats) and her teeth were grey with some blacker spots.

What this is gonna cost I don’t know. And that’s put a small icicle of terror in my gut.

But, I’ve been taking this money mindset course which has been very helpful in working on my relationship with money. 😉

As part of my new attitude towards money, I’ve decided that I’m going to embrace the expenses. I made sure that we’re pre-approved for credit with the vet so that we can get them to put this all on a bill. X-rays, removing teeth, vaccinations, cleaning, anaesthesia, the whole nine yards.

Because I don’t resent her needing or getting the treatment.

I’m happy to pay for these things. Just pisses me off that other people have been so cavalier with her health and have to bear none of the responsibility for it.

And because I’m happy to be the one to stop bad cycles, I’m going to embrace that bill rather than feeling like it’s too much or like I don’t even want to think about the final amount.

Instead of focusing on the high cost, I’m going to see the good that comes out of it, the benefit that little soul gets from it.

And I’m going to focus on the fact that I can deal with the cost and manage the payment of it. Not get bogged down in feeling depressed and morose because I think I’m somehow worth less for managing my expenses responsibly.

To add to my challenge, the hubby’s phone also broke down this week and we had to buy a new phone. The worst part about that is that we still have 5 payments left on the broken one.

But I’m slowly finding my gratitude around money.

And learning how to dispel old patterns and counterproductive mindsets. And now that I’ve completed one of my goals for this year: have an amazingly awesome passive income product – my next goal for this year is to work on paying down debts we have.

This includes vet bills, phones, modems, computers, iPads and the like.

And I know there’s at least one more vet bill coming soon because Tigger’s front end smells worse than his back end.

And I’m cultivating an optimistic attitude about all of these expenses and finding the focus to work hard so I can pay them off. 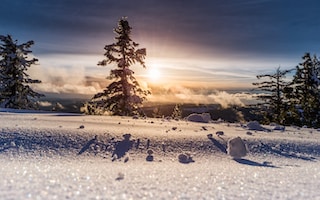 Your past self is a gift to you, but that doesn’t mean it’s not painful to say ‘no thank you’ to it 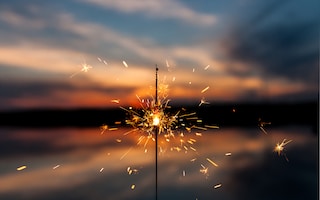