At the end of October, we drove out and brought home two boxfulls of upset, screaming cat.

Since the summer I’ve been trawling the message boards to see what kind of cats were out there.

Since Oscar died, I’d realised that I truly was a cat person but without a cat.

I didn’t have a clear intention of actually finding anything suitable, but the house just felt so empty without any critters in it that toying with the idea of having cats in the house again brought me comfort.

I saw many wide-eyed fluffy little kittens and almost contacted a seller a few times about one. Almost. Before Halloween I even saw the perfect maine coon that I would have snapped up if I’d have had the money – full black with a fluffy tail and cheddar yellow eyes, just waiting to find a witch to call her own.

I’d already checked the local shelters and determined that there wasn’t anything suitable out there for a household with a young child at the moment, and kept a close eye on the ads selling adult cats.

I talked to a few people about adult cats, but those all went to people who’d messaged the sellers prior to me. At one point I got frustrated because if I didn’t manage to message the seller within the first 10 minutes after they published the post, I was last in a long line of people who got there before me.

Finally, I got to talking with a woman who was giving away a duo of adult cats. She travelled a lot for work (though not in 2020) and the cats were spending a lot of time at home alone. She didn’t want to give up her beloved felines but knew that it was in their best interest to go to a home with more time for them.

The cats would often also get into arguments due to a lack of space, and one of them being half the age of the other one, and thus having more energy.

I went to see the cats and had a chat with her in person. She had several other people coming that very day to see the cats, and when I left there I resolved to let it go, she’d pick someone else.

The older cat had after all just hidden under the sofa the whole time I was there, despite her owner’s nervously laughing assurance that she was usually very social and it was the other one that typically hid under the sofa.

They spent the first night hiding in the sauna, getting used to the new place. They began to venture out as well, especially at night, since they’d been on a pensioner’s schedule of getting up for the loo at 2 am and beginning the morning at 4 am.

Littan as we call her, is very confident and came out the gate owning everyone and everything in the house. She’s a small, squat, working man’s cat that eats what you put in front of her and demands whatever she wants.

She immediately started plopping over on the carpets, asking for belly rubs and getting to know us better.

Tigger is long and serpentine, an athletic little tiger. But his confidence is -10 and he’s scared of anything that moves or makes a noise (he’s named after Tigger for a reason). Incessantly seeking support from Littan and trying to hide behind her skirts just got him a lot of swatting and hissing.

He spent the first week hiding and using his reluctant support animal as a shield between him and the world.

It’s been about a month now since they came and he’s finally opened up a bit as we’ve been working on his confidence. In the early days that meant taking drastic measures and limiting the areas where he was allowed because otherwise he’d go find his support animal but end up gettin beat up by her.

He spent a few days hiding in corners (and the basket) but finally with lots of coaxing he’s even greeting our guests with moderate confidence. Brushing and treats are his favourites, and I take him outside to spend some of that energy so he doesn’t use it to bug our senior citizen.

He’s still skittish and jumps at any loud sound or sudden (or not so sudden) movement, but I’m confident he’ll get over that with time. They’ve both come from a house that was often empty (their previous owner would be on overnight trips sometimes) and occupied by one person normally. Having noisy upstairs neighbours and living in a family with a 4-year-old is different than what they’ve been used to but they’re getting better every week.

They were both also overweight when they came and need to get to the dentist to have a teeth cleaning because they both have massively bad jungle breath. They’re on a full-meat diet now and my plan is to transfer them to a raw diet as soon as they settle into this one first.

I’m also working on how best to care for their teeth. They aren’t used to brushing and we don’t have the kind of relationship yet where they’d just let me do it. So, I’m sampling toothpastes on them – Littan likes everything so far, but the fancy pants purebred refuses to come anywhere near them.

I tried Dentisept on him but that was a complete disaster. He just totally freaked out and wouldn’t stop foaming at the mouth so we had Dentisept EVERYWHERE. Not gonna do that again.

For now I’m giving them PlaqueOff and I think that combined with a better quality diet has reduced the amount of jungle breath (though they still need to get their teeth cleaned).

They also came with clumping clay litter, but I’ve bought a lift and sift litter tray and will transition them to wood pellets instead. In addition to being hella annoying under the feet, sticking to the tiles in the bathroom and smelling rancid when weed in, clay litter is a finite resource that is mined from the earth.

Wood pellets are a renewable resource and can be discarded in the compost. Plus they’re easy to clean up and smell like cut wood.

She’s the Queen of Everything. She owns everything, we just live here. She’s a blanket fiend and will rush over if she even suspects there will be blankets. But will only curl into blankets that contain humans. Stand-alone blankets aren’t good enough.

Pretty boy here is the kind of cat that’s gotten by in life on his good looks, not his smarts. And I mean, look at him, he’s pretty even without trying. His baby blue eyes complement his bat-like dark chocolate coloured ears that are constantly monitoring the environment like radars. Just in case there’s something lurking that’s gonna eat him. 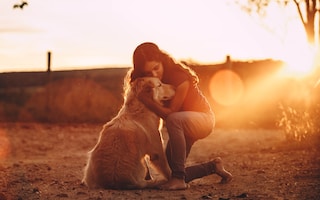 Why is losing a pet especially hard for sensitive people?

Those who say it’s just an animal don’t get that pets are people too: 8 reasons why empaths share a deep bond with animals 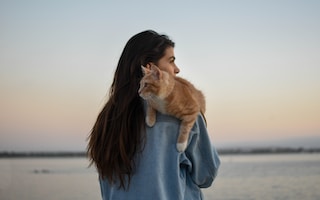 6 ways introverts and cats are alike