My mom said the other day, “You probably don’t want to invest as much in these cats as you did in Oscar,” and that was triggering for me. My first thought was, “Oscar was ‘just a cat’ when he showed up at our house too,” (though now I wonder if that was ever really true) and of course, what made him special was that he spent so much time with us.

I got upset, not because she was tactless (she was) but because it was true and it hit a nerve (and she has an uncanny ability to do just that). And I’ve been thinking about this, why did we spend so much time, effort and money on him? And would I do it again?

First, no, I wouldn’t do it again I think, because he did have to put up with a lot. The medications, the shots, the extensive care, the pills, the stressful vet visits. It was a lot for him. And in some way, I was cowardly for not deciding to end it sooner, though Ali wouldn’t have gone along with it anyway. He was so dear to us because he was there when we grew up, and in the end he suffered for us, for our stupidity, so we spared no expense in his care. And yes, it was selfish to want to keep him around longer. Obviously, the goal was to keep him around as long as it was comfortable for him, and in the end it just wasn’t. And I made the same mistake my mom made with the dogs and waited too long, waited until his body gave out so that I wouldn’t feel bad about ending it sooner.

But now, in hindsight, I think he would have been more comfortable, had we been able to put an end to it sooner. Though he held on strongly to life as well, it wasn’t until a week before he died that I felt the spirit go out of him, he let go.

And when this becomes an issue again, I won’t be so hesitant to put an end to it before it goes into several, exhausting rounds of treatment. I now think that if it would have been up to him, he would have maybe chosen to die sooner, to not go through all the treatments and extended care, but to let go before it got bad, before life became such a struggle.

And I feel guilty for that, I do, and the only explanation I have is that I wasn’t ready to let go, so he suffered for me, he suffered for my learning. And I feel guilty also that I now think, having been through it with him, that I wouldn’t go through it again. I know there are many people out there who will advocate for whatever care can be given before euthanasia is even considered, but that’s really difficult to do in a way that you don’t sacrifice the quality of life. And as with Oscar, it kept gradually getting worse so you got used to it, normalised it.

But now with new cats, I realise how bound I was to his care, and how exhausting that was to both me and him. Thankfully our relationship was strong and held through it but I asked a lot of him. And as the champion he is, he never failed to deliver, I asked and he did. I feel selfish and guilty for it, but what can I do other than take this information with me and make better choices in the future?

Today I found myself sitting at the kitchen table, and instead of eating lunch I was balling my eyes out because I miss him so. There’s something about an animal that’s with you for so long that they become like a person to you, a personality and a character. You pour your heart out to them and they patiently listen. They drive you insane but what can you do but love them? You share so much that by the time it’s time to say goodbye, you’re letting go of a part of yourself with them.

And so I cried, ugly cried like a litte kid, shocked still that it hurts like it was yesterday. And maybe that will never change, maybe my pain of losing him will always be this raw. Maybe I will always mourn his passing. Which I gladly accept because he’s worth every tear, every minute of pain. And it’s because of him that I’m a better person.

Someone once said that, in nature, death is always softened by new life, and so it was with me as well that the house started filling up with plants after Oscar died. Now many of those have also died or are dying, and we have new felines in the house.

But the memory of him will forever be sacred to me. He is a part of me that I can never get back, that will continue to be with me only in memory and lessons learned. I couldn’t have asked for a better companion than him, and if I never have a relationship like that with another animal again, I’ll be grateful that I shared that with him. I couldn’t have asked for a better part of me.

Got a BFF who needs to read this? Share it:

Day 5: Money Mindset Workshop – Why not me? 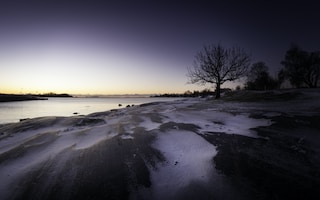 It’s very quiet under the snow (and thoughts)

The transformational workshop for a new generation of women, who are ready to embrace their empathy and fully step into their economic power. By changing your money mindset, you can change your life and change the world!

And I'd like to give you a big, warm welcome to designing your sensitive life!

I'm an illustrator, writer and entrepreneur, who's also a highly sensitive introverted empath.

I want to show you how you can go from feeling exhausted and overwhelmed, to feeling alive by design. Here I share tips and honest advice on how you can design the perfect life for the highly sensitive person that you are, and feel in control of your sensitivity rather than drained by it. Stick with me and I'll show you how to turn your empathy into your superpower 💪 in no time!