Skip to Content
Home / This empath's journal / My Huisaisai and I

I’m working on abundance because I’ve realised I’ve lived most of my life with a mindset always focused on lack. This process has stirred up a lot of old, dusty things in the old emotional attic.

One of them is my Huisaisai.

My grandfather was an accomplished person. Long before I was on the scene, he had already made a name for himself in academic circles.

He was deeply passionate about his work – futures studies – as well as working to preserve a future to study through environmental work.

He played a key pioneering role in developing and establishing the academic discipline of futures studies – not only in Finland but internationally. He earned his doctorate in electrical engineering, but his research cut across a range of fields from engineering, business mathematics and operations research through to strategic management, philosophy and deep ecology.

We had a warm relationship, though I wouldn’t go as far as calling us close. When I was little we’d play hide and seek, him jumping out from his hiding spot and surprising me with a shout of “huisaisasaisaii”.

It was just nonsense-speak for a toddler, but I started calling him that. My Huisaisai. Maybe the language divide between my maternal and paternal side contributed to that, and I existed somewhere in the middle.

He was always glad to see me and would swoop me up in a long, tight hug on arrival and departure to their house or to the island. Before I was born he’d remarried, my school teacher grandmother divorcing him, and found an academic wife for himself that seemed to understand him in a way that my grandmother never had. They were both professors and highly educated, though she was extremely reserved and proper, never greeting me with anything other than a frail handshake.

She never had children of her own and I remember always feeling like we didn’t have any way of communicating with each other though she spoke 7 languages fluently (out of which we shared 3).

But I ignored and avoided her as best I could, rushing through the pleasantries to get my grandfather’s attention again. I remember he often showed me the many curiosities he had around the house. Mementoes from his extensive travels, ornaments from all over the world. The zebra skin rug form Africa was always a point of fascination for me. The bearskin rug frightened me.

He was well aware of my love for horses and riding and often asked me about it. He asked me about school and my grades. And he showered me with praise and money when I presented him with an accomplished report card at the end of the year. He was also very generous on birthdays and at Christmas.

It didn’t seem odd to me at the time, but later when the cracks started appearing, I saw it for what it was: an inability to get really close.

While my parents were around and I was still young, I never saw anything amiss. But when I got older and started spending time alone with him or visiting him with my favourite cousin, the lack in interpersonal skills started appearing more often.

As a teenager, I couldn’t process the toddler-like hissy fits and let myself get swept up in insane amounts of drama. If only I could have been more mature and been able to take a step back. But as teenagers will, my first and only response was to fervently stand my ground and fight, pout and smoulderingly ignore. It didn’t help that his wife was even worse at interacting with teenagers than she had been with young kids.

I distanced myself because the drama was too much to bear, the passive-aggressive comments even when there wasn’t any arguing. He also fought bloody battles with his own children, my father and aunt, I was merely an extension of that.

When I told him I was moving abroad at 22 and getting married there, it all fell apart. He sat me down and explained in hard words how I was making the biggest mistake of my life. How I was irresponsible and how I knew nothing.

That’s when I completely pulled away and we both went on with our respective lives.

A few years later, after my husband and I had moved back home to study, my Huisaisai – the man who never backed down from an argument even if he knew he was wrong – apologised to me and admitted that he’d been wrong about me leaving. That I’d clearly known better what I was doing and that he’d never been more wrong about me.

We reconciled and there was some semblance of the relationship we’d once had, but our relationship remained more of a birthdays-and-holidays kind of arrangement. He’d never been very active in meeting me halfway – when I moved out at 16 I invited him to come visit several times over the years but he never came – and I usually saw him on his terms.

Then one day i ran into my dad’s new wife who told me that my Huisaisai was in hospice. he’d gotten cancer and it had, after several years, progressed to its terminal stage. We were due to visit him the next day but as I lay falling asleep that night a rush of energy came to me.

It shone brightly and it was vital. My Huisaisai. He was full of joy and he came and embraced me, enveloped my whole being in love and light. I could feel his usual grin when he saw me, from ear to ear, and felt that tight embrace. I almost felt like a child. As suddenly as he’d appeared, he disappeared. Leaving me with a heart full of love and sorrow in equal measures.

He was gone. But he was whole again. And I curled around my own centre and silently cried myself to sleep.

The next morning there was an SMS waiting on my phone. He’d died late the night before, but I already knew that.

I also knew that he was now free and full of joy. I wept for my loss, not for his passing. My Huisaisai had gone off on an adventure the likes of which he’d only dreamed about before. And we had reconciled fully in a way that we could never have while he was alive.

I have regrets, yes, but I couldn’t have done things any differently than I did. I was young and immature for most of our relationship and didn’t have the skills to see past the posturing to the pain. I’ve worked to make the most of the lessons he taught me and I remember him warmly and shed tears at his memory freely. And I cannot measure how grateful I am that he came to say goodbye before he left.

So, what’s my story, morning glory?

Day 12: Money Mindset Workshop – I can be successful as I am 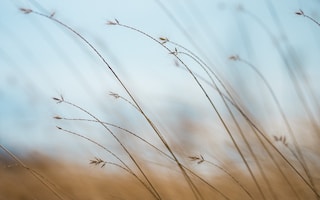