Skip to Content
Home / My open journal / On not drifting away with the current (and cats are coming!!!)

Today I woke up and felt like the pre-sunrise darkness was almost like a weight on me. Who even gets up before the sun? I do. Apparently. As I tried to navigate the fog my brain was enveloped in, I stumbled across an Instagram ad about writing emails to your mailing list.

Now, I’ve seen it before, but I ended up scrolling through the landing page anyway, reading the stuff that came in the bundle she was selling. A heavy internal sigh settled in my stomach as I read it and thought, “Oh, that’d be nice to have but I can’t buy it this month” because somewhere in the back of my mind was this unspoken idea that my business doesn’t make money.

And then it hit me. My business does make money. I have a few sales from the (relatively new) webshop and I’m hopeful that it’s only going to get better. But more than that, I have this tiny little website that I made a few years ago as a personal project to learn how to build with WordPress, and that little thing is churning in ad-money.

Granted, it’s only a few hundred a year, which covers the cost of that website and then some, but is nowhere enough to make my business profitable (and neither is it meant to). But it was like someone turned on the light inside my brain.

And this simple realisation, this small shift of perspective, suddenly filled me with hope. Because it’s not that I don’t have a business at all, it’s just not profitable yet.

Since the beginning, as I’ve McGyvered and duct-taped this new career as an independent artist together, I’ve periodically sunken into this pit of despair where I feel like it’s never going to work, it’s never going to be profitable and I’ll have to slog back to a life where I have a proper grown-up day job. Which isn’t a bad thing, but not something I want because, however misguidedly, I’ve convinced myself that I can do more good by growing my own business.

What I’m trying to build is something that, at least, I haven’t found already. Yes, there’s lots of good design out there, but practically none of it is for empaths. There’s lots of design out there for strong career women and boss girls and even some for introverts, but none of it has been purposefully created for empaths. I know there are even very successful positive t-shirt brands out there, but again their goal isn’t to specifically help empaths.

And I figured that if I’ve struggled with overwhelm, so have others. If I can see all those little things in products and designs that could be just a little bit different, there have to be others out there who see those exact same things.

And I so firmly believe that no empath should have to struggle in ignorance with their empathy, their sensitivity. All empaths should know what it means to be an empath and my mission is to empower every last empath on this planet so that they can take control of their sensitivity and learn how to manage it. And never have to feel overwhelmed and not know what to do with it.

Emotional, empathic overwhelm feels so overpowering when it happens and you have no idea how you ended up there. But when you learn how to manage that, you become so much more open to life you almost become unrecognisable.

So, because I couldn’t find someone already doing this work. I’ve chosen to take it upon myself to build this brand and help overwhelmed empaths everywhere. And I don’t see how I can do this work, or create the kind of impact I want to, by going in into something someone else created.

Am I crazy? Idk. Probably. But I’ve committed to this and this is now my mission. And the cat thing I was struggling with before, is all a part of this. Because I’ve come to realise that I’m a cat person without a cat. I thought I’d be fine without having a single cat in the house, but I find I’m not. I mean I’m fine, but I could be better. I want and need my house lions to be a part of my life because having them is a part of how I see myself. Just like having horses, but that I know will have to wait for a little longer, though I’m gonna make damned sure it’s coming.

And with Oscar I learned so much, he was an integral part of a whole era of my life that when I lost him, I felt like I lost a part of myself. Nothing will ever replace him and these new beauties that are going to be a part of our family (yes, we’re finally getting cats!!!!!) are going to take up their own places in my heart. I’ve made it abundantly clear to myself that I was not even going to consider letting another little life into my life until I was at peace with that Oscar isn’t here anymore.

And so with these new felines, they’re coming into my life at a time when many things are changing, energies swirling around. Usually people seem to think of pets or kids as something restrictive, that they keep you from living your real life. Or at least this is the general attitude and conversation.

But for me, as an empath, it’s so important, and healing, to have those constants in my life. I’m so not good with change and like my routines. Having a kid and having animals creates anchors that keep me grounded and moving forward when I’d otherwise get swept up in the current and lose myself. When it was just me I had to look out for, I was constantly adrift. As soon as I found a stable relationship to anchor myself to, I became like a seahorse in the current. Moving and bobbing with the flow but staying firmly anchored on my chosen plant untill I decided it was the right time to move on.

I’ve never experienced having kids or pets as restrictive because I never had that kind of an outgoing life to put on pause. And knowing that I’m going to have more anchoring me stills my soul and makes me feel relieved. Can’t wait to have them here!!! 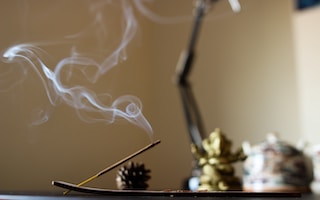 Day 11: Money Mindset Workshop – I want the good to grow 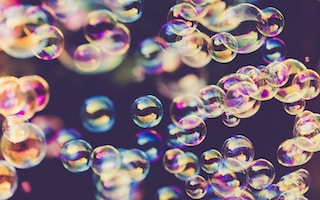