As an introvert, I suck at small talk. Coming up with something to say in that moment that isn’t completely out of context or doesn’t make me sound like a complete idiot? Can’t do it.

I just end up going mute because I start running too many scenarios through my head. Who’s the person I’m talking to? What’s her name? Did we talk before? What did we talk about? Who are her kids? What can I say that’s relevant to this situation?

These are all things that make a great copywriter. Just not someone who’s good at chit-chat.

I walk away from casual small talk situations feeling like a complete idiot. Like I said all the wrong things. Like I didn’t say enough when this other person so clearly was making an effort to chat with me.

I answered her question about how long my daughter’s been at daycare, but oh wait, it’s been two years since my kid started, not one like I told her. Oh gosh, did I lie to her? Do I have to correct this the next time I see her?

But if I start correcting this the next time I see her she won’t know what I’m talking about (because it was casual chit-chat) and I’ll just end up looking like a dork. And like I’m uptight and can’t let go of things – unless I can do it in a casual and nonchalant manner (which I can’t).

Usually, I don’t see parents for very long periods at a time during drop-off, not in the least because COVID instructions have us darting in and out quickly to minimise the number of people in the room. At most, I get to a ‘good morning’ to the adults and a ‘hi’ to any kids that dart in.

Rarely do I have as long a conversation as Small Talk. And though I’m so abysmal at it, I try. Every. Single. Time.

And every single time I inwardly groan, expecting to tank even as the words are falling out of my mouth.

And even on the rare occasion when things go well – when I don’t repeat myself too many times and don’t put my foot in my mouth stopping to think about it rather than pull it out – I keep thinking about the conversation afterwards.

I run it over in my head as if I’m rehearsing for a performance. I analyse it for deeper meaning, trying to see if there was something I missed. Sometimes, I can think about social interactions for days, weeks even!

My husband gets annoyed with me, “Are you still thinking about that?!”

I shrink a little and retreat into shame mumbling, “Well, I wasn’t thinking about it this whole time…”.

While I was driving to the shops after drop-off, running the short conversation through my head, I realised that I’m not a very good ‘mom’. Almost all the other mothers have two or more kids and I’m a kind of odd-woman-out with my one single child.

Their lives revolve around their children so much more that it makes it a bit tricky to keep the small talk going sometimes. They’re having kids 2,3,4 years apart and are in a constant state of having at least one small child at home.

We, on the other hand, move forward every month, every year, with our single child and enjoy a greater degree of freedom than those with very young kids at home. Though it’s still intensive, as our girl becomes more and more independent, the challenge of life with little kids starts to slip from our minds because it doesn’t concern us anymore.

This all sets me further apart from all these other mothers who seem to have it all in hand so well, who seem to know the ins and outs of daycare and school much better than I because that’s what they’ve been focused on for several kids now.

This week I’ve got a desk pet 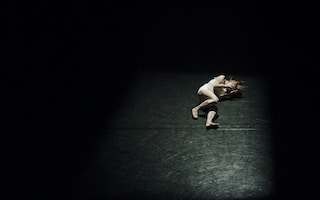