I almost stopped the car at a bus stop this morning when the chorus from Skinny hit my radio.

Because this morning as I was getting dressed I was musing that I’ve turned into a middle aged woman. Or maybe that’s putting it a little vaguely.

Let me see if I can calrify…

I always thought that the difference between younger and older women was money. Yeah, this feels “duh” now that I’ve realised it, but honestly my image of growing older as a woman was that you’ll have more money because you’ll be more advanced in your career, you’ll have several years of working already behind you, you’ve probably been smart with your money, saved, bought nice things and invested a whole lot of time, effort and money into curating your house.

And whenever I compared myself to this benchmark I’d created, I felt like a child. Our finances are still impacted by having moved from one country to another, by having delayed getting educated (on the one hand because it wasn’t immediately clear what we wanted, and on the other, because we could only afford one of us in school at a time), by having had a business and carrying the large debts from that, and we’re still facing another big move to yet a third country which is another one of those big life changes you don’t eagerly take on once you’ve started settling into life.

But then I cut my hair short and two things happened. One: I remembered how much I love having short hair and that it looks good on me (have received lots of compliments on it since I cut it). And two: I firmly fell into the category of women I specifically remember complaining about when I was still young and full of hubris.

I was a 20-something studying to become a fashion consultant. I was working at the same time though, so I was in the flex-programme rather than the full-time programme. I don’t remember what the class was about but I remember how, in a room full of my soon-to-be peers I raised my hand and confidently expressed my bafflement at why all women, when they hit 40, cut their hair short and all start dressing in skinny jeans and linen and floral prints and oversized dress-shirts.

As I realised my mistake. Everyone else in that room was a woman over 40. And 90% of them fit my description, which at this point felt more like an accusation. Even my teacher was an exact copy of what I’d just described.

And then the excuses started rolling in. Out of 15 people, there were like two who were good sports about it and just laughed it off, accepted that I was young and foolish and that one day I’d grow up and see for myself. Those two were the ones who had the patience and took the time to talk to me. The rest of the room was explaining how hair gets thinner as you age and doesn’t look so good long, and I can’t remember what else.

Now, the gods of irony are laughing though, because the reflection that looks back at me these days is of a short-haired, still-carrying-post-pregnancy-weight, bespectacled woman dressed in clothes that are designed for comfort and not for the sensibilities of impossible beauty standards.

And I don’t even think my clothes are flowy enough. I need more flow in my life. Because I. Will. Not. Be. Happy until I look like a whole windowful of curtains blowing in the wind.

And so, today when my radio was blasting “you’ve got to stay skinny, don’t you girl?” I felt like it was talking to me directly.

How’d you know? was my instant thought.

“You’ve got to stay hungry for the fans.”

I mean, yeah, but that’s fucking ridiculous! I started laughing. My next question, Did he also say I’ve got to stay pretty? was answered the next time the chorus came around.

After the song ended I turned it off.

I was incapable of receiving any more information just then. I had to think. My mind was racing furiously. It’s so true. This is exactly what it feels like to be a woman. You have to stay skinny and pretty and to do that you have to stay hungry and for what? So that other people can say you’re not enough no matter how hard you try? That you can never be desirable enough? But desirable enough to what, have fans? Do I need fans? Do I even want fans?

And when I say fans I have an image in my head of a big venue filled with people and some brave souls belting out their music on the stage in blinding lights.

Maybe you can tell that my idea of fans was defined by the 90s and Michael Jackson. Screaming, fainting, crying fans desperate to touch the superstar like they’re of the divine. Trampling, moving, compressed masses that devour anything that gets in their way and will exploit any weakness in the boundary to break through.

I don’t want that. I’m an introvert and an empath, I wouldn’t be caught dead on a stage in front of the screaming masses.

So, why should I stay hungry? Or bother staying skinny? Or even try to be pretty?

When I can just be comfortable instead.

And this is why I love words. It was like the floodgates had been opened in my mind and everything shifted, I started seeing eveyrthing in a new light. I started reviewing my past in a completely different light. And from that moment, everything changed.

I went and bought the groceries, and also got a box of strawberries with a bag of Smash. Just for me. Because if I’ve become a middle-aged woman, then so be it! I refuse to wear a bra with an underwire, I’ll layer as many flowy items of clothing on top of each other as I please and if I want to have a treat, I’ll bloody well have a treat and not give a second thought to it. When I want to walk, I’ll walk. When I want to dance, I’ll dance. When I want to ride, I’ll ride.

But never again am I going to be the person who used exercise as punishment.

I can’t take a comment about my body casually.

When someone makes a remark, I keep turning it over and over again in my head. I start getting obsessed with it. I start letting it influence my choices.

That’s why body peace is so important to me.

It’s unnecessary for us to comment on each others’ bodies when we can instead comment on the colour or pattern or cut of a garment.

I grew up in a world where looking good meant hearing “you’re looking slim” rather than “that dress looks nice on you” or “that colour really brings out your eyes”. Is it any wonder then that those young girls grew up thinking that skinny is pretty? That you can’t be pretty unless you’re hungry?

A world that thinks the Venus of Willendorf is a doddering old woman, but the Venus de Milo a beauty standard to aspire to?

I say no thank you to that world.

Because here’s the truth: your past self is a gift to you. And if you don’t like the gift, don’t take it. Say ‘no thank you’.

Even if the past you was someone who went to school and got several degrees, invested time and effort into careers that no longer appeal to you, you still don’t have to accept that gift.

Just say no thank you and go do something you’d genuinely like to be doing instead.

Like eating strawberries together with Smash because there’s nobody to impress. Only yourself to satisfy.

I cut my hair way too short today – but I don’t hate it! 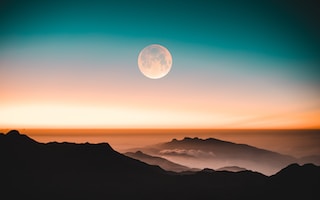 Day 18: Money Mindset Workshop – It was many moons ago