Skip to Content
Home / Journaling for empaths / Why did I create the Money Mindset Workshop?

Abundance is something I’ve struggled with almost my whole life. Imposter syndrome – thinking that I’m not enough – has been one of the main culprits.

I was bullied in school and those experiences planted in me a fear that took root, eventually joining in with my experience of having a narcissist for a parent, and grew into how I defined my own worth: very low.

No matter which way I turned it, I was never enough.

I was never worthy enough and I was never good enough. Things like joy, success, love or friendship could never be mine because I wasn’t worthy.

And it was that innate insecurity, that feeling of unworthiness, of not-good-enoughness and I’ll-never-measure-upness that kept me small. It had me shrinking back from every opportunity to grow and to challenge myself – or holding myself back to 20% of what I could have done and could have become.

It stopped me from creating the life I really wanted to live, from making the art the way I wanted to create it.

I was always in a downward spiral of scarcity where nothing was ever enough, no matter how hard I tried. And that fuelled the envy and jealousy in me that was rooted in comparing myself to everyone else who seemed to have life so much better in hand than I did.

And so, I came to a point where I had to ask myself, how would things be different if I truly, genuinely believed deep down that I was enough? That I didn’t have to spend my life competing and comparing. That there was space for me in the world as I was, that I could find my own voice.

The word that I kept coming back to, and that perfectly summed it all up was abundance.

And though abundance encompasses much more than just money, I decided that in order to begin this journey, I needed to work with the most obvious manifestation of abundance: money.

Why? Because money is so entwined with how we feel.

Money is what shapes society and makes large-scale change happen. It reflects our values as a society and it’s the tool by which you gain a voice in decision-making.

And if we ever want to see real change in the world, we need those people who traditionally and historically have been without a voice to step up and have one now.

If we ever hope to dismantle systemic racism, we must do the deep inner work it takes on every level from personal to global. Big money should no longer be the sole domain of old, white men or those who are so removed from the rest of the world that they’ve lost all relativity.

And you must begin by stepping fully into your personal economic power before you can even dream of taking on bigger economic power.

Women are the driving force of positive change in the world: we are the major contributors to ensuring that our families have a future, we invest back into our communities and we create the tide that lifts all boats equally.

So this is first and foremost my love letter to all women. A call-to-action to step up for change.

Above all, I knew I didn’t want some kind of tow-the-line abundance manifestation type course like so many others I’ve seen. I don’t believe in that whole “think about it and it’ll magically happen” anyway.

Yes, you can acheive anything you set your mind to.

But you have to be ready to back up any dreams you have with hard work – and that starts with doing the deep inner work necessary to create real, sustainable change.

I wanted something that was true to me, authentic, honest and sharing what I know and how to achieve results by beginning with the most important asset you have: you.

Why the Money Mindset Workshop?

Because it’s about having the courage and candour to show yourself, stripped of all the pretence, exactly as you are.

It’s one of the bravest things you can do in life.

It’s for the free spirits and those with the courage to say ‘I want more out of life’. The Money Mindset Workshop is for you and, hopefully, it offers an accessible way for you to work with me at your own pace, and to have the audacity to bring the real you.

You can check out the Money Mindset Workshop here. 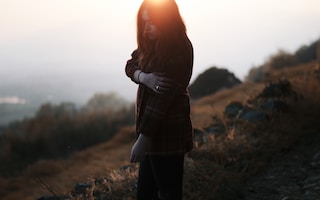 My free gratitude journaling course is finished! It’s the place to be if you want to gain the happiness advantage

What did I learn from taking the Money Mindset Workshop?