Skip to Content
Home / Self-expression for empaths / What if you could genuinely comfort someone without resorting to “it’s okay” and a pat on the back?

If you want sympathy, look in the dictionary between SHIT and SYPHILIS.

Sympathy drives disconnection because it is drawing a silver lining around someone else’s pain and dismissing their feelings as no big deal.

You easily fall back on sympathy when you’re trying to protect your own heart (especially when you’re an overwhelmed empath), but acting like you don’t have a heart doesn’t make you a very good person.

How you make other people feel about themselves, says a lot about you.

Empathy is our way back to each other and it is empathy that changes the world for the better.

Empathy is me always willing to step into your shoes.

Unless you wear Crocs, then you’re on your own!

Learning how to deal with emotions is something that you’d ideally learn as a child, but as Susan Cain points out in her book Quiet: The Power of Introverts in a World That Can’t Stop Talking*, society has been constructed around ideals better suited to extroverts.

Introverts, empaths and highly sensitive people usually suffer most from being held to a standard that is unnatural to them and that causes them to become overwhelmed, exhausted and burned out.

Being emotional and sensitive can often be viewed as a weakness in a world where people are increasingly disconnected from each other.

Why is empathy VERY different from sympathy?

When we’re genuinely interested in cultivating our own ability to offer comfort to others (yes, it’s a skill and it can be learned and developed), the first thing we need to determine is why empathy is so very different from sympathy.

Nursing scholar Theresa Wiseman studied professions where empathy is relevant and came up with four qualities of empathy:

Practicing empathy is a very dynamic process and it cannot be outsourced or automated. Empathy fuels connection and makes the world a better place.

I always think of empathy as this kind of sacred space. When someone’s in a deep hole and they shout from the bottom: I’m stuck, it’s dark, I’m overwhelmed!

And we look and we say ‘Hey,’ and climb down ‘I know what it’s like down here and you’re not alone‘.

– Brené Brown, The Power of Vulnerability

Empathy is a choice because in order to connect with you I have to first connect with a feeling within myself that recognises how you feel.

Then I need to be willing to uncover that feeling in myself and allow you to see it.

Choosing empathy is choosing to be vulnerable, but that is the only way to reach out and make a genuine connection.

Empathy will also help us to stay out of judgement.

Rarely can any response you come up with make something better.

When someone is in pain, it isn’t the things you say that make them feel better, but the connection you are able to forge with them.

Rarely, if ever, does an empathic response begin with “At least…”

Trying to force someone to “look on the bright side” rarely makes anyone feel any better.

When someone is vulnerable and shares something painful with you, giving them the “at least”-response is just trying to put a silver lining around their pain, without recognising or empathising with their pain.

Essentially just brushing it aside as unimportant.

Take a look at this video for some excellent examples:

When we really want to make ourselves useful, our work isn’t done when the tears are dry

As the unexamined life is not worth living, the process to make sense of our pain continues in between emotional upheavals.

Trying to force your own answers on someone else only sabotages the benefits they could gain from them.

You can’t force other people to change, no matter how much you hate your sister taking your stuff without asking, or how much you wished your roommate would stop leaving the sponge in the sink so all the nasty food and drinks can soak into it.

So, what can you do? How do you help?

Finding better questions is difficult, but that’ why it’s so valuable.

When you go to see a therapist, you’re essentially paying them to give you better questions.

If you go to therapy thinking that you’ll be given all the answers to your problems, you might as well not spend the cash, because all you’re gonna end up with is more questions than before you started.

When you give someone better questions, you’re usually doing something for them they can’t do for themselves because we rarely see ourselves objectively.

Instead of telling your significant other, “You should fight for a raise,” instead ask, “Do you believe you’re fairly paid now?”

Change “You really should stop taking crap from Amber at work” into “Why do you feel that she can speak to you that way? What is it that you’re ultimately responsible for in this situation?”

Have you ever noticed how, when you make a major change in your own life, it has a ripple effect on everything else?

As you get on with doing your own thing and focusing on what inspires you, makes you happy, the people around you start adjusting to the new energy you’re nurturing.

Like when you commit to a relationship, your forever-singles party-loving friends start to disappear.

When you have kids, you start noticing that you have less and less in common with those friends who have zero interest in kids.

(Choosing to not have kids does not equate to hating kids, but that’s a different conversation.)

When you stop going to the gym because you’re taking salsa dancing classes instead, you’ll find a whole new social sphere at your local community centre.

But, every once in a while, someone in your life will pipe up and come tell you how they’ve been so inspired, by the change they’ve witnessed in you, that they’ve decided to make a change themselves.

And so, the good vibes spread, simply because you’re doing you.

“You should make so-and-so choice because I know what’s best for you”, is one of those classic things your overbearing mom says.

Did you ask for her opinion? Most likely not.

Is she gonna tell you anyway? You betcha!

Because what’s better than an afternoon lecture on all the things you’ve done wrong in life?

In order for answers to have any kind of meaning, they have to be sought by the person looking for a change.

The best thing you can offer someone you care about is to tell them “I know you’re struggling right now and I’m here when you want to talk”.

You’re respecting their autonomy and self-determination by making yourself available when they come asking, “I don’t know what to do. What do you think is best for me?” and not a minute sooner.

And because we’re hardwired to learn best through stories and anecdotes, if you have one of your own to offer that may give some perspective, fire away!

Just don’t expect the other person to jump at your story like it’s the new gospel. If they find it useful, cool. If not, that’s cool too.

Dr John Gottman, a professor of psychology, recommends against asking “why” questions, “When you ask, ‘Why do you think like that?’ the other person is likely to hear, ‘Stop thinking that, you’re wrong!’

“A more successful approach would be, ‘What leads you to think that?’ or ‘Help me understand how you decided that.'”

When you find yourself faced with tears and an armful of upset, you might want to feel like cheering them up with smiles and jokes or by insisting that whatever they’re upset about is “no big deal”.

By trying to gloss over it and cheering them up you’re only minimising their pain.

One of the most difficult things about trying to comfort someone is feeling like you don’t know what to say or do.

Luckily, most of the time we’re not looking for specific advice or definitive wisdom when we’re upset.

The most comforting thing in the world isn’t an inspiring cliché, but feeling like someone else gets what you’re going through.

The thing we want most when we’re hurting is for someone to listen to us, show empathy and act as a sounding board – hold the space for us and witness what we’re going through.

* Links marked with an asterisk are affiliate links. This means that if you purchase through me, I get a commission – or what I like to call thank you-money because it sounds less like a Tupperware sales lady and more like a recommendation from a friend. All of this is at no extra cost to you and an excellent way to support my work so that I can keep writing more articles like this. Thank you for reading! 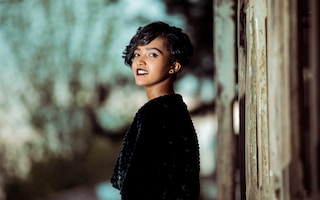 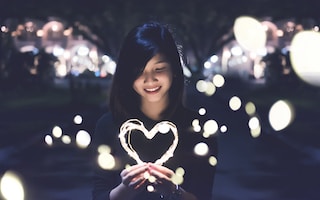 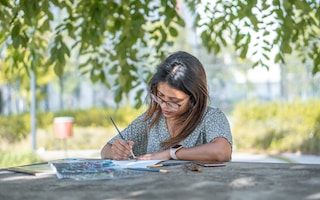 Why should you journal? Check out the life-changing benefits of journaling that you can use to achieve your goals